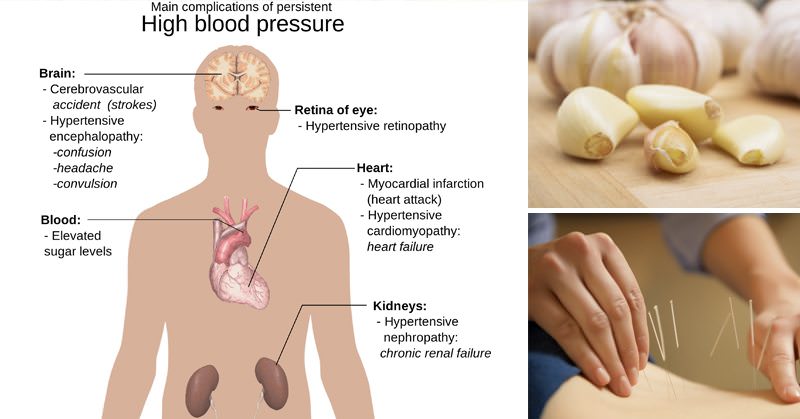 Fred Wilson*, a 53-year-old construction worker and heavy-equipment operator, could handle a backhoe or bulldozer with nonchalant ease. But the heart beating inside his chest couldn’t handle his blood.

Wilson was among the millions of Americans who have high blood pressure. His arterial pipes had become narrowed, forcing his heart to generate extra pressure to pump blood through them. The added effort and abnormal flow were overworking Wilson’s heart and further damaging his arteries, greatly increasing his risk of heart disease and stroke.

Wilson, a stoic sort, didn’t care much about the increased risk; he figured everybody had to go sometime. And he didn’t care much about the cost of the medications he took to try to normalize his pressure, because his union paid for them. But Wilson did care—quite a bit—about one of the most common side effects from blood pressure medications, a problem he shared with one-third of the men who take them: impotence. So when Wilson’s doctor suggested he consider a drug-free alternative, he was eager to try it.

Many health practitioners oriented toward natural remedies would say Wilson was on the right track. “Scores of scientific studies show that diet, lifestyle changes, and other natural methods can lower blood pressure in most patients, without drugs,” says physician Julian Whitaker, founder and president of the Whitaker Wellness Institute in Newport Beach, California.

Anyone with high blood pressure, of course, should consult with a physician before starting to use alternative remedies. Happily, though, most people with readings from 130/85 (high normal blood pressure) to 159/99 (the upper range of mild high blood pressure) can safely be treated with alternative methods, says Chris Meletis, dean of the National College of Naturopathic Medicine in Portland, Oregon. (Although they, too, should periodically check in with a doctor.)

For people whose numbers fall within this range, a 12-point drop in systolic pressure (the first number in a reading, measuring how strongly blood is pumped from the heart as it contracts) is typically what drugs can achieve. But many non-drug therapies, whether taken singly or in combination, work just as well or even better—without the troublesome side effects. Here’s a look at the best of what the alternative world has to offer.

Try a vessel-relaxing herb
In a recent study published in the journal Phytotherapy Research, 36 people with mild high blood pressure took either 500 milligrams (mg) of an extract of the herb hawthorn, 600 mg of magnesium (a mineral that relaxes arteries), a combination of the two, or a dummy pill. The hawthorn group showed the biggest decrease in blood pressure. “Hawthorn is rich in flavonoids, biochemicals that relax the musculature of the vessels, decreasing blood pressure,” says Ann Walker, lead author of the study and a senior lecturer in human nutrition at the University of Reading in England. She recommends the same daily dose as that used in the study: 500 mg of hawthorn extract, standardized for the flavonoid vitexin. “Watch out for powdered hawthorn tablets,” she adds. “They’re too weak to be useful.”

Eat a low-fat diet (and hold the salt)
You’ve doubtless heard this advice before, but it bears repeating, because the evidence for it is so impressive. In a study published in the New England Journal of Medicine, volunteers followed the DASH Diet (Dietary Approaches to Control Hypertension, an eating plan low in cholesterol and saturated fats, and rich in fruits, vegetables, and low-fat dairy products) and reduced their salt intake. (Salt increases the volume of blood, requiring higher pressure to pump it through the arteries.) After just 30 days, their systolic pressure dropped by 11.5 points. For long-lasting results, the researchers say, you need to stick with the diet.

Get friendly with garlic
This remedy hasn’t been proven beyond a doubt, but the circumstantial evidence for it is strong. “Garlic has a wide range of positive effects on circulation, thinning blood and dissolving blood fats,” says Farhang Khosh, a naturopathic physician and co-director of the Natural Medical Care Clinic in Lawrence, Kansas. “It may have a direct effect on blood pressure by affecting mineral metabolism in arterial muscles, relaxing them.” Indeed, studies have shown that people who eat lots of garlic-rich meals have lower blood pressure than those who don’t. As for garlic supplements, an article reviewing the results of eight small studies showed that they, too, can bring pressure down.

Give needles a try
Proponents of Chinese medicine have long believed that acupuncture can ease high blood pressure. Now scientists at Harvard Medical School are putting this notion to the test.

Physican Randall Zusman and his colleagues are studying a group of 192 patients who have been divided into three groups. One group received 12 weeks of acupuncture sessions with the needles moved from point to point according to the diagnostic criteria of traditional Chinese medicine; one got a protocol considered less effective, with the needles kept in a consistent position; and one got “sham” acupuncture, where the needles were placed in areas not involved in high blood pressure treatment.

Although final results aren’t in, Zusman says preliminary indications are positive. “We’ve had people drop 20, 30, and 40 systolic points,” he says. “We’ve had people with 170/100 blood pressure normalize. We’ve had people come off their medications. So we are enthusiastic about the possibility that acupuncture may be effective.”

Supplement yourself
Several supplements are particularly effective in reducing hypertension, says Khosh. Omega-3 fatty acids, for starters. These thin the blood, easing its passage through the arteries. In a study published in Thrombosis Research, people with mild high blood pressure were given either the omega-3 fatty acids eicosapentaenoic acid (epa) and docosahexaenoic acid (DHA) or a placebo. After four months, those on the omega-3 fatty acid regimen had an average decrease in systolic pressure six points below that of the placebo group. Khosh recommends 1.8 grams per day.

How might these nutrients help? Antioxidants increase the flexibility of blood vessels, which allows blood to move through them more easily, says Khosh. He recommends a daily supplement with a minimum of 1,500 mg of vitamin C, along with 200 to 400 international units of vitamin E, 15,000 to 25,000 units of vitamin A, and 50 to 250 micrograms of selenium.

Move along (but not too fast)
Here’s good news for people who like their exercise on the easy side. When researchers at the University of Western Ontario in Canada reviewed 39 studies on the impact of physical activity on high blood pressure, they found that moderate levels of activity were actually best at lowering blood pressure. Ten weeks of low-intensity walking or jogging (three times a week, for no more than 50 minutes a session) reduced systolic pressure by an average of 13 points; any exercise beyond that point brought no added benefit.

Soothe your stress. (And talk about it, too.)
It’s no secret that stress reduction techniques, like yoga, deep breathing, progressive relaxation, and meditation can lower blood pressure. What’s less well-known is that these methods are likely to yield even better results if you also talk to a counselor about what’s bothering you.

A review of stress-busting techniques in the Canadian Medical Association Journal found that the average drop in pressure they brought was three to four systolic points. But when counseling was added, the change was even greater—ten points, on average.

“Meeting with a therapist and talking to him or her about the things in your life that are stressful—in addition to using methods such as relaxation tapes, yoga, or biofeedback—is probably the most effective way to reduce blood pressure through stress control,” says J. David Spence, a neurologist who is lead author of the report and director of the Stroke Prevention and Atherosclerosis Research Centre in London, Canada.

Consider water fasting
It sounds drastic—and it is—but the results have been striking. A study published in the Journal of Manipulative and Physiological Therapeutics in June 2001 looked at 174 people with high blood pressure who had been through a program of medically supervised water fasting at TrueNorth Health in
Penngrove, California. TrueNorth is a residential treatment facility, certified by the International Association of Hygienic Physicians.

“Our study shows the largest decrease in blood pressure levels ever reported in the scientific literature,” says Alan Goldhamer, a chiropractor and lead investigator of the study, which was coauthored by T. Colin Campbell of the department of nutrition at Cornell University in Ithaca, New York. All of those starting the program had high blood pressure, with an average reading of 159/89, and many were on medication. At the end of the program, the average numbers had dropped to 122/76, and just one patient was still taking drugs. A second study conducted by Goldhamer, on water fasting and borderline high blood pressure, appeared in the October 2002 issue of the Journal of Alternative and Complementary Medicine with similar, positive results.

Why is fasting so effective? It improves many of the factors that contribute to hypertension, says Goldhamer. It unclogs arteries, peels off extra pounds, and drains the body of excess sodium. Goldhamer doesn’t recommend that anyone try water fasting at home, but he says that under medical supervision, the therapy is safe. “None of the patients suffered any ill effects at all,” he says.

What’s more, the results last. A year after the study, the average blood pressure of the patients was still well within the normal range.

In fact, Fred Wilson the construction worker is one of those people who used fasting to solve his blood pressure problems—as well as the troubling complications of taking the medications. How did it work?

“I saw him six months after his fast, after his pressure had been normalized, and he was completely off medications,” says Goldhamer. “I asked him how he was feeling. He looked at me with a big grin, and he said, ‘I’m doing really good, doc. All of me is doing really good.’”