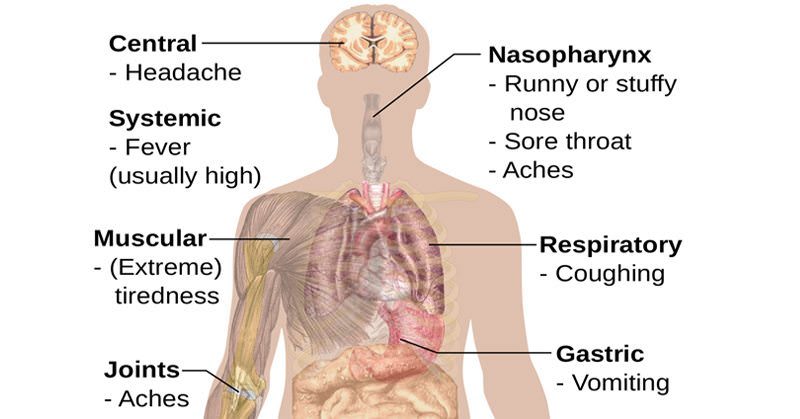 Americans today tend to be over scheduled, overweight, and over stimulated. Due to the influence of diet and lifestyle, our bodies become stressed and run-down—and as a result, often over medicated, too.

We’ve lost the confidence our strong ancestors had built into them. Drugs are handed out like candy. Each of them has detrimental side effects; you can find them listed in the fine print. Whenever we see fine print, we should prick up our ears because this is the area in which the most valuable information is held.

But how can we regain the confidence necessary to keep our families healthy and nurse them through periodic illness without exposing them unnecessarily to these side effects? The answer is simple; learn a few old world tricks: cod liver oil daily, bone stocks as a soup base for every supper, plenty of sleep, and stay covered and warm in autumn and winter. But if the flu still visits your household, having a few homeopathic remedies in your medicine chest is both comforting and prudent.

After 70 years of suppression, due to the emergence of powerful pharmaceuticals, homeopathy has returned to American scene, once again. These medicines undergo many, many dilutions, so the level of active substance that remains is very, very small. These lovely little gems offer the counterpunch you need to take on colds and flu.

The word “influenza” is a Latin word meaning influence. And influence us, it does. Not only is the flu capable of affecting entire populations, but it is the subject of controversy, regarding to how it ought to be handled legally, publicly, and socially.

The H1N1 strain that made headlines in 2009 and 2010 affected populations around the world. Using homeopathic remedies properly can have a profound impact on whether the flu becomes a substantial incident in your family’s lives or barely an event at all.

Influenza is, of course, highly contagious. The incubation period is one to three days, and it is most communicable in the early stage when there is a good deal of sneezing and sniffing. Although most folks call just about any trying cold the flu, this is incorrect. Influenza has the potential of being a far more serious event than a cold. It is often accompanied by exhaustion, depression, and weariness, and has the ability to stick around for weeks.

If I could give folks one piece of sound advice in relation to the flu, it is that one must take notice of the danger signals at the onset and stay in bed. Five days is minimal; 14 days is optimal. This is not a time to take chances and flirt with potential danger. There are very real threats associated with certain influenzas. That’s why we don’t want to tinker around with antibiotics and analgesics. Instead, the following is the homeopathic protocol used by millions, the world over.

So, I urge folks to own at least two of the most commanding homeopathic remedies during the cold and flu season: Influenzinum 30 and Oscillococcinum. Most local health food stores carry them; have them on hand before the flu season begins.

Any time there is a threat of influenza we can use the modus operandi that is used by homeopaths the world over. This can be employed regardless of the flu strain that is going around.

The prophylactic protocol calls for Influenzinum 30 use, one day each week over the course of one month, then one day each month throughout the flu season. Take the remedy four times over the course of one day: in the morning, at noon, after work, or before dinner, and once more before bed. Repeat this procedure one day each week for one month. Sundays are a good day to choose because family members are generally at home, so it is easier to remember and administer.

After four weeks, follow the same procedure for one day each month until the flu season is over.

For most folks, including babies and the elderly, the prophylactic protocol has a high rate of efficacy. Yet if a fever comes on or a scratchy sensation develops in the throat, regardless of your efforts (or even if you decide not to use the prophylactic measures), the most celebrated method is to take action immediately by taking Oscillococcinum (pronounced oh- silloh-cock- sign –um) every four hours for two to three days.

Tiny diluted substances with powerful results—the intelligent idea of homeopathy is available to make a big splash in your home this flu season. Join the millions of others who have found that the tiniest of medicines can pack a big punch.

Joette Calabrese, HMC, CCH, RSHom(Na)is a homeopathic consultant/educator who works with and trains clients via SKYPE and phone. Visit homeopathyworks.net for more information on her practice and her homeopathy system.