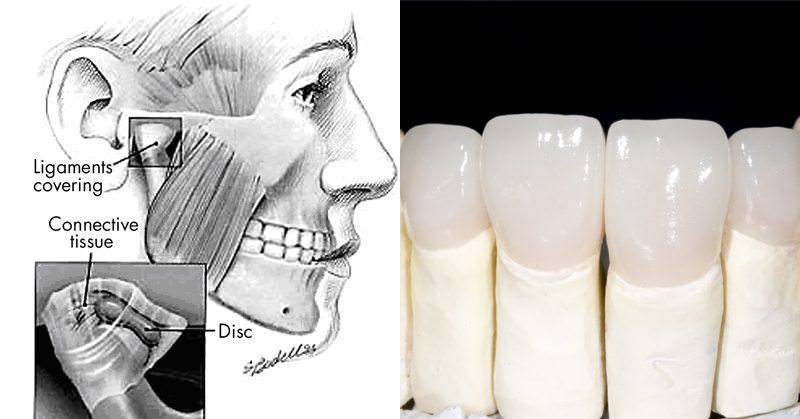 The prospect of having a root canal can be a nerve-wrenching experience to most people. Teeth treated with root canals tend to get re-infected and/or fractured because, essentially, they are mummified teeth.

What most people don’t realize is that root-canal procedures can lead to serious, life-threatening or chronic health issues including cancer and heart disease. But even when you choose to have a tooth extracted instead of a root canal, you are still at risk for developing a bone infection. This is due to trapped bacteria from insufficient cleaning at the time of extraction.

As early as 1920, GV Black, commonly referred to as the “Father of Modern Dentistry,” observed, studied, and wrote about these bone infections and lesions. This is not to say that everyone undergoing this type of dental procedure will ultimately develop health issues as a result, but evidence is mounting that a huge percentage of us are at risk.

Ultimately, the perpetrator is a bacterium that was not neutralized or adequately flushed out after oral surgery or root-canal treatment. Teeth treated with root canals are never 100-percent sterilized because root canals are a system of millions of small microscopic canals coming off the main canal. These accessory canals are wide enough for bacteria to escape through, but too small for root-canal treatment chemicals to penetrate. Therefore, there are always bacteria left behind in a root-canal-treated tooth.

Since there is no foolproof way to clean out the narrow tubules of a dead tooth, it will eventually become an incubator for highly toxic anaerobic bacteria. It has been found that literally billions of bacteria live in and around root canals, where they generate some of the most toxic organic substances—a thousand times more toxic than botulism toxin. As the bacteria mutate over time into more and more virulent forms, they eventually migrate from the root of the tooth into the bone where they cause infections and bone death; this phenomenon is called osteonecrosis.

Inside these bone cavities the bacteria begin to produce more highly toxic poisons including mercaptans and thioethers. These toxic poisons leak into the blood stream and cause a host of health issues, both local to the jaw by affecting its blood supply and in other areas of the body. In addition to bacteria, sometimes this area will host other harmful elements including viruses, fungi, and parasites. In other words, when a root canal is performed on a tooth, bacteria from within that tooth can produce very strong chemicals that are highly neurotoxic.

Dr. Weston Price, a well-known dentist and researcher noted for extensive research conducted in the early part of the 20th century, was able to demonstrate that a high percentage of chronic degenerative diseases can and do originate from root-canal therapy. The most frequent are heart and circulatory diseases. The next most common diseases were those of the joints, arthritis and rheumatism, followed by diseases of the brain and nervous system. Through Dr. Price’s research, we now know that nearly every chronic degenerative disease links to root canals, including heart disease, kidney disease, arthritis, joint and rheumatic diseases, neurological diseases such as ALS, autoimmune diseases, various types of cancers, musculoskeletal diseases, irritable bowel diseases such as Crohn’s disease, fibromyalgia, and even depression.

Osteonecrosis of the Jaw After Tooth Extraction

As previously explained, after an extraction, if the bone is not properly cleaned and treated, the bacteria around the tooth or the mouth can be trapped in the bone and eventually release toxins. This scenario happens under what dentists consider the normal extraction situation; the tooth is removed but the ligament that holds the tooth in place is left behind, and consequently toxins remain within the ligament. These may infect and destroy the bone, and eventually seep slowly into the body. Research shows these toxins can then combine with chemicals or heavy metals, such as mercury, and form even more potent toxins. Over time, these neurotoxins travel into the bloodstream where they destroy many critically important enzymes.

You might think it’s bad enough to think about having neurotoxic bacteria, fungi, and other unsavory creatures swimming in the open spaces between your teeth and gums, but there is actually something worse—Neuralgia Inducing Cavitational Osteonecrosis (NICO), also commonly called cavitations. Now, cavitations are exactly what they sound like—a hollowed out area or hole. In this case, a cavern occurs when active bacteria has successfully departed the original post-surgical site and has somehow begun to affect and destroy the actual jawbone.

Every additional hole created by this process is filled with decaying bone and tissue that leaves behind an ever-greater potential for multiple strains of bacteria and their associated neurotoxins to flourish and grow. Eventually, this caustic soup of poison leaks into the blood stream where it can cause or exaggerate other existing health issues in the body.

How Do You know If You Have Osteonecrosis of the Jaw?

Although cavitations can go undetected for years in an otherwise healthy person, jaw pain sometimes occurs in patients suffering from bone lesions. Sometimes jaw pain will manifest after a sinus infection, which can then also lead to the discovery of a cavitation.

But it seems that the vast majority of people seeking to discover whether or not they have cavitations are those also suffering from other chronic-health issues. It is the overriding health condition that has brought them back to the dentist seeking ways to cut down on potential toxins flowing into the bloodstream. The first step in successfully diagnosing cavitations can be made using a variety of diagnostic tools that include CAT scans and MRI’s. But since these methods expose a patient to undesirably high levels of radiation, they aren’t the optimal tools for detection. The best method of detection is often through a ConeBeam Cat Scan (CBCT) and applied kineseology (AK) or muscle testing.

Treatment for Osteonecrosis of the Jaw

Once properly diagnosed, treatment for a cavitation commonly starts by surgically removing any dead bone, tissue, and other debris. Additional treatment options include using lasers and ozone treatments, as well as probiotics and other natural products/techniques. Once applied, these methods help to create a clean and sterile environment that promotes healing at the site, and ultimately throughout the body. Furthermore, all extracted teeth must be replaced with biologic non toxic materials such as ceramic dental implants, which are made of zirconia. Zirconia, compared to titanium, has far superior stability as it does not corrode nor release ions in the body.